MoreMorIn the beginning there was pure energy, free-flowing vital force that makes things succeed, feeds relationships with ease, sets the will on unshakable ground, and moves the body with strength and suppleness in life.

Healthy structures are fundamentally available to all of us.

In the course of our lives, but also in the lives of our ancestors, there are experiences and strokes of fate – many of them imprinting, some of them even traumatic – that bring us emotionally to the limit. The soul has to split and the vital force of life gets constricted.

The loss of our original fullness we then compensate with survival structures that protect us from future pain and at the same time ensure our getting on with our lives. These structures therefore also carry thoroughly praised character traits, such as assertiveness, discipline, perseverance, determination, resilience or also great adaptability.

These characteristics, which usually take us very far, become problematic when they fall into one-sided patterns. This is because the survival structure remains permanently bound to the split of the soul and thus also to the stressful issues that are held back in it. So that which ensures our getting on, and if necessary makes us grow up, is driven more and more by unconscious compulsions. We become more inflexible and may even end up in a private or professional crisis, or perhaps even develop physical symptoms that block us.

The goal of my coaching is therefore to directly address the unconscious root cause of blockades and to bring the soul back into free flow! 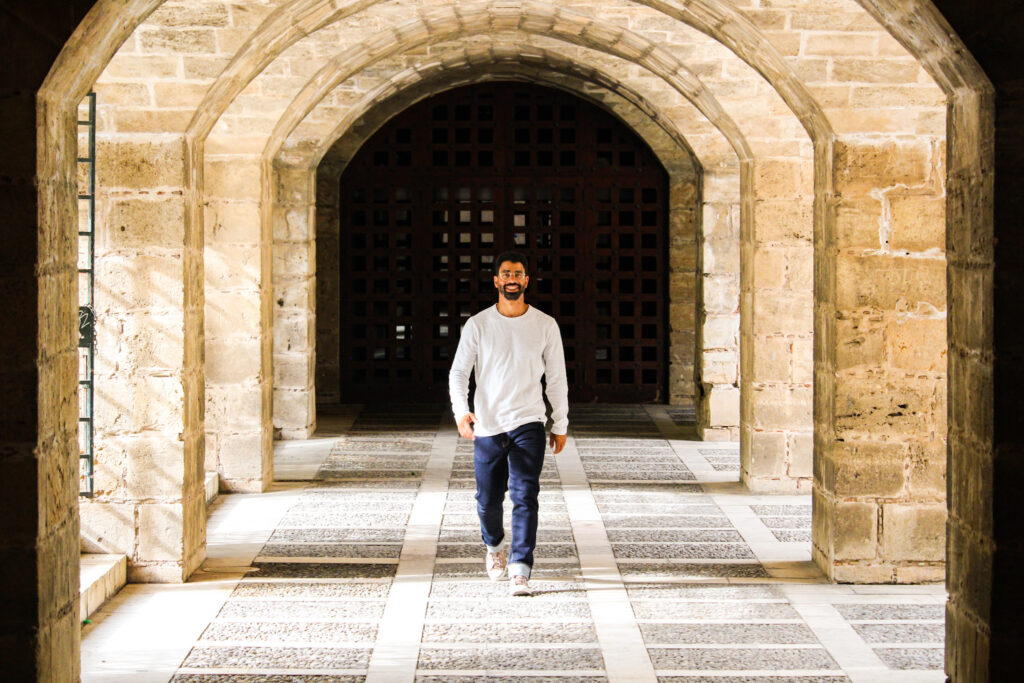 Regarding the soul, this means concretely: going to where our life forces are inhibited, held back or frozen – to our splitting of the soul. This operates like a bottleneck in all our areas of life. For this reason, it is important for me to work with you to unblock the splitting and to create new space and wideness for your free flow. To do this, I use various coordinated methods and formats that start directly in the unconscious: Voice Dialogue, Bodywork, Constellations and EMI.

What is behind Voice Dialogue?
Voice Dialogue is a highly individual mirroring method in which the unconscious is directly addressed. The dialogue is directed to your inner shapes - personal sub-personalities in the unconscious, in which the splitting of the soul is represented. In Voice Dialogue the inner shape finds its own place in the room and is seen. Unconscious attitudes get a voice, whereby an immediate dialogue with the unconscious can develop. Voice Dialogue was developed by Hal and Sidra Stone in America.
What is bodywork?
Bodywork involves targeted physical impulses in the autonomic nervous system as well as the soft tissue, especially the fasciae. The pain rigidified in the tissues is reached in depth and led from there to the surface. In this way, the frozen vital force of fear, pain and powerlessness, etc. is released again and brought into free flow. If the pain remains stored in the tissues, it is only a matter of time before somatization occurs in the form of various pains and diseases. Bodywork goes back to Wilhelm Reich, who researched the connection between muscular armor and blockades of the personality. In particular, Alexander Lowen and Gerda Boysen have subsequently devoted their work to soft tissue and breathing.
How do constellations work?
Constellations work with the reflection of emotions, sentiments and movements of the soul and mind of a person. Multilayered aspects of the personality or a complex issue can be made vividly visible. For this purpose, the topic is lined up in the room and viewed in depth. It is important to mirror everything in such a way that the individual experiences it directly and can become aware of it, which is both the prerequisite and the actual act of integrating the split-off parts of the soul. The room becomes the soul room during the work. In the special context of trauma constellations, Prof. Franz Ruppert from Munich has decisively shaped the fundamentals of the splitting of the soul.
What does EMI mean?
EMI (Eye Movement Integration), through systematic sequential eye movements, aims to release the shock load stored in the brainstem and autonomic nervous system and to resolve trauma consequences. This can be achieved because the eye movements are directly connected to the brainstem and the fragmented traumatic event is released from the short-term memory. The method originates mainly from the Anglo-Saxon area and was developed by Steve and Connirae Andreas and is used in coaching as well as in neurotherapy.

Since each method can only capture a certain layer of the soul, I use this flexible set of methods that have one common denominator: the visualization and activation of the vital force in your soul.

Through my holistic approach in working with the unconscious, a coaching is created which aims at a dialogical togetherness with the help of highly individual mirroring methods. Your unconscious becomes aware of itself, so to speak: what it holds back, what fears it carries and what it longs for.

You want to bring your vital force into free flow?
Then request your coaching with me now and let’s get started. 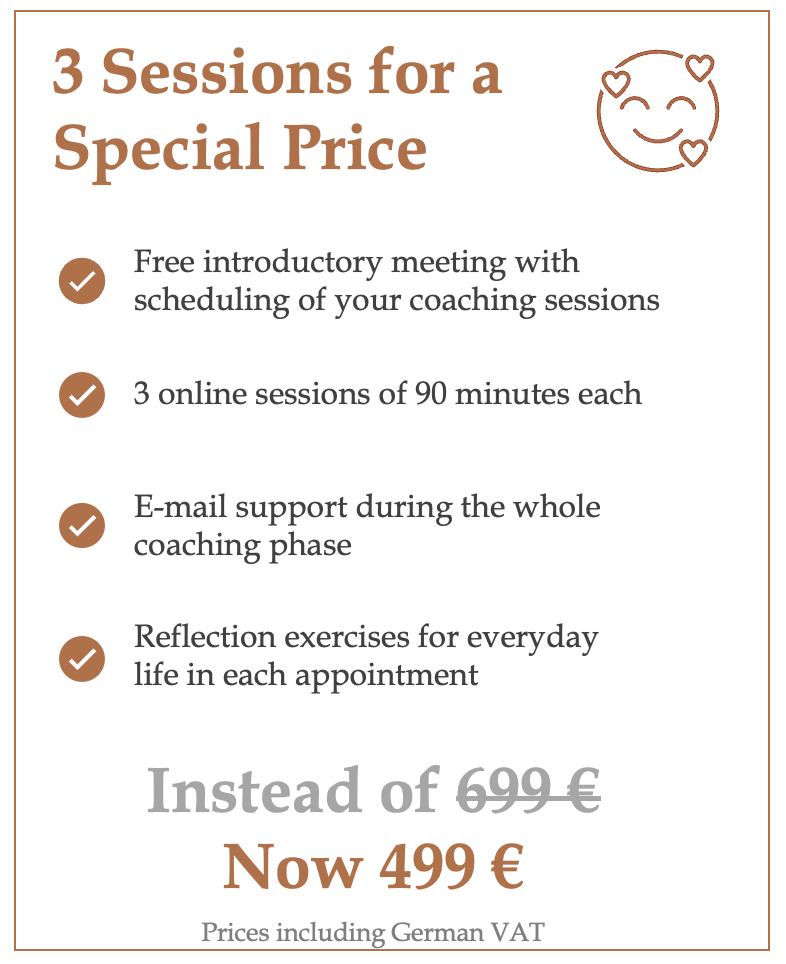 The offer is valid only for private customers.